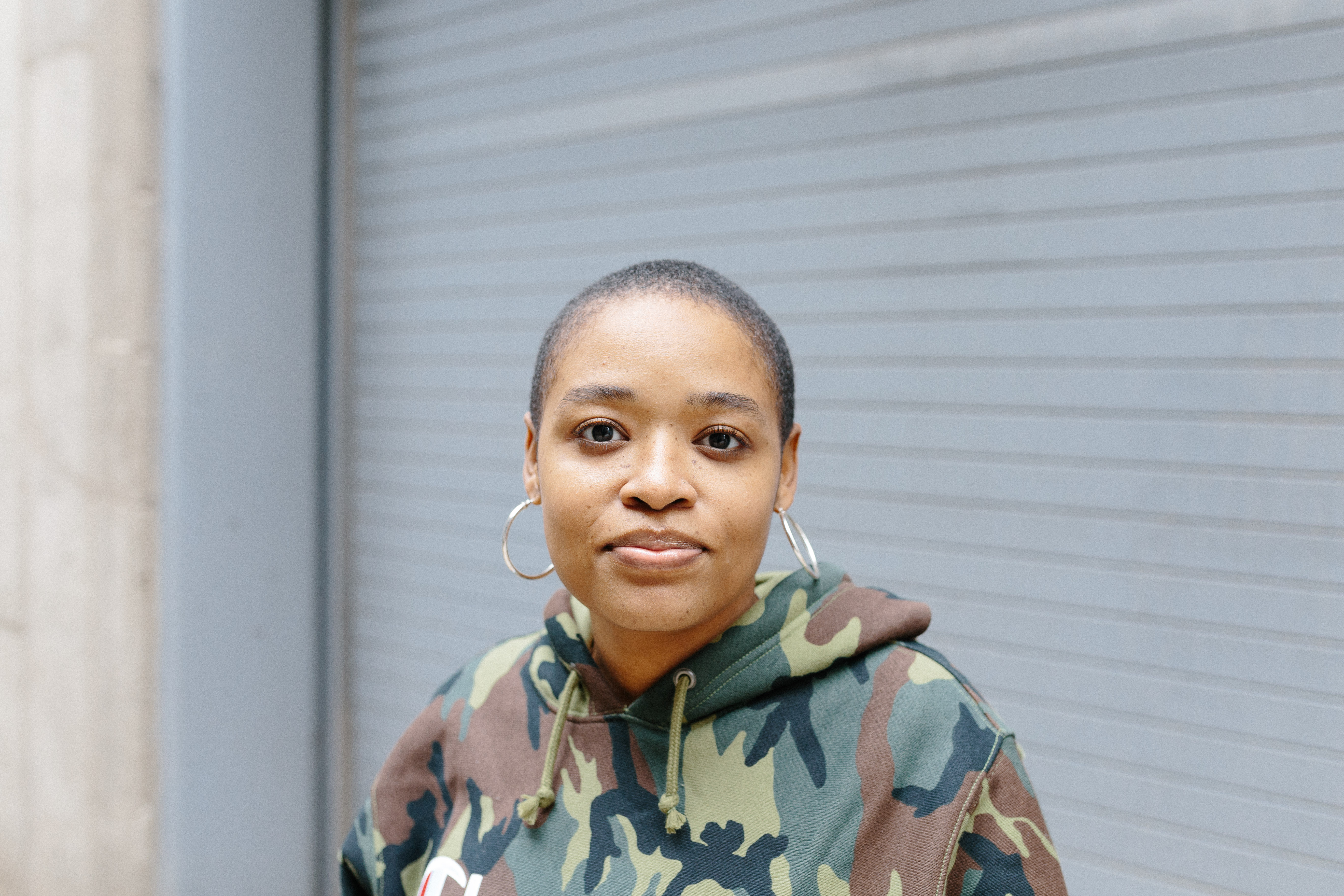 “F*** this, I’m starting a group of girls who doesn’t care about what society says makes them feminine.  I’m calling it Cozy Girl Squad, and I’m the Captain”

‍Those were the words tweeted by Donnette Lowe in 2015, after a guy in a bodega shop insulted her and her outfit, claiming her ‘baggy’ clothes and sneakers were too masculine for such a “beautiful woman.” By Design sat down with Donnette, KCK native and founder of the Cozy Girl Squad, and discussed everything from her time at Howard University, to her life in New York, and what streetwear means to her and the Cozy Girl Squad.

What is Cozy Girl Squad (CGS)?

“Cozy girl squad is a creative collective that focuses on eliminating the lack of women representation, especially women of color, in streetwear culture. It’s meant to disrupt the culture scene, and to give women a sense of community.  At first it was none of that, it was: girls deserved to be seen in streetwear-let’s take pictures. Over the years it kept developing, we kept relaunching and restarting but eventually I realized that I wanted to make art that shifts this [the fashion scene.]”

”I want to create the content that we see"

“A lot of the time we complain about the women we see in these ads and editorials, and I could interview girls all day long that dress and think like me and ask, “how do you feel about this? What are the adversities you face?” but what are we actually doing about it? So CGS, we create the content we want to see.  Eventually, I would love for brands to hire us to create content from our perspective for them.  That would be the top goal.

“I’m 28, from Kansas City Kansas, went to Sumner, then Howard for undergrad and my degree is in Psychology.  I started off being super “set track” I only applied to one school, that was it. Then I got into this program in undergrad that helped me facilitate research, I was in the middle of the program and the research was so boring. By the time I was a junior I thought I should have just majored in fashion like I wanted to, but my parents told me I was too smart.  They had this mindset of: you’re on a scholarship, you’ll do a science, you’re too intelligent to do anything artistic.  Then when I graduated from Howard, I came back to Kansas City, I worked as a Caseworker in St. Joe with severely mentally ill people.  I hated it, not them but I hated the government, because the government treats them like s***.

“I was a straight-laced kid, I never drank, never did anything in high school, and I went there [college] and I lived in a co-ed and upper-class dorms, it was like a party every day.  I was drunk on Monday with no reason at all.  But I was determined because I went to Sumner and we did take college courses. When I was in my classes I thought: finally all this damn homework I had to do is going to pay off. Somewhere in there, I thought I didn’t have to study.  By the time my grades came out, I had a 1.88 GPA my freshman semester.

“I got on academic probation, and then I lost my scholarship because I didn’t know I could appeal their decision. So I missed the deadline to appeal so I was ass-out of a full ride. After that it got super real, and then I got super into social action and activism on campus, but I also always had to work.  By the time I was a senior, I was already tired of Psychology, I had pledged and I was the president of my chapter, doing all of that at the same time is ridiculous.  I was taking 19 credit hours and worked three jobs by the time I walked across the stage.

“That was a big part of my experience, relearning myself, and then coming home to that casework job, quitting that in 6 months, like this is stupid.  Y’all not treating these people right, Y'all not letting me help them in the ways I know I could.  So I was like, f*** it.  So I quit my job and put myself in art school for a year at the Art Institute, I got a fashion diploma there.  Then I started applying in New York, I put my homegirl’s Harlem’s address on my resume.  I sent it out, and I got a reply from Mel Ottenberg who is one of Rihanna’s stylist.  At the time he was her only stylist.  They asked, “when can you come in and interview?” So I looked at my schedule and I was off that next Friday. I literally left work on Thursday evening, got on the plane to New York, and did the interview on Friday.  Two seconds into the interview they asked “So where do you live in the city?” and I said “I don’t, I live in Kansas City.” The ladies interviewing me said, “I’m sorry, you said what? You flew here for this? What if you don’t get it?” and I was like, “were you going to interview me otherwise?” And then they didn’t ask me any more questions.  They said, “[we] usually have people trial for a day but do you want to just do it today since you have to go?” So I trialed, and they gave it to me.”

“So I quit my job, I moved to New York in two weeks with $800 and two suitcases, and that was that.”

“The streetwear culture is an underground culture.  People who made streetwear back in the day were creatives and artists. It wasn’t that they were making clothes to sell, it’s that they put their lifestyles into artistic form and sold it.  You bought their T-shirt, not because the design was hard, but because you wanted to really be affiliated with whoever this group of people were.  Like Stüssy, Stüssy started with his hand signature, it wasn’t that you thought his signature was dope, it’s that Shawn Stüssy, and him surfboarding, and listening to hip-hop, and all the s*** Shawn Stüssy was doing, YOU wanted to feel affiliated.  So you bought a Stüssy shirt in the 80s, it wasn’t just that it looked cool.  I like that about the culture.  [Now] it’s not the same, a lot of people like to wear these things and have no idea who the designer is behind it.  Streetwear is a message, it’s a subculture. It’s kind of like a big “f*** you” to the society.

“When I wear sneakers to a places where sneakers don’t belong, that’s because I’m doing that, and it’s probably because I don’t give a f*** about what you got to say about what I should wear.  I’m not doing this just because it looks cool, that’s not why. I express myself this way.  I have a very alternative way of looking at femininity in comparison to modern society.”