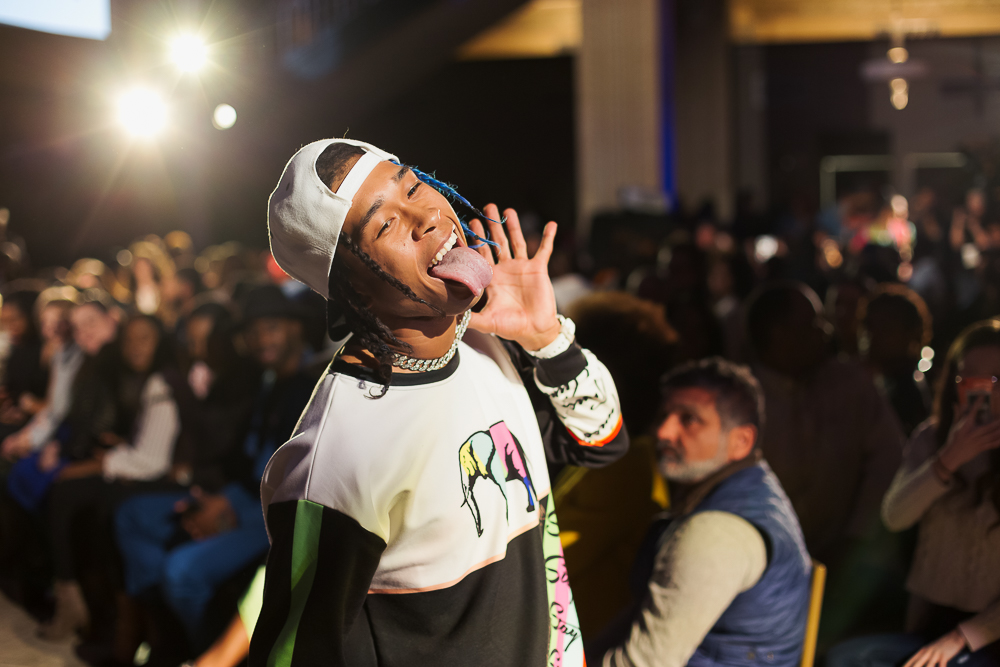 “The Kritiq Creative Weekend. I’m a huge believer that fashion, art and music all influence each other. With the growing number of creatives in Kansas City it was awesome being able to host a weekend that was dedicated to them. Being able to highlight local artist, musicians, entrepreneurs and creatives is a task worth taking on and it paid off. This show was bigger than what we had expected. The community really showed out” MARK LANUIU

When we talk about platforms in our city few have tapped into the lifeline of fashion throughout our community like The Kritiq. What might have once been seen as an alternative to more “traditional” fashion shows in Kansas City has now became a catalyst for designers. What started in 2014 has continued to build momentum and snowball into a powerful force that’s impact can be felt throughout the city and has started to reach further than Founder Mark Launiu could imagine. This is year five and show number six for the fashion show and I wanted to know how Mark feels about the growth of a movement that started from an idea. I wanted to understand from his Point of View. As I watch the show from the top floor, peering over the side of the railings I could see the energy emanating from everyone in their seats.

I could feel the happiness in the room as the models made their way down the beautifully laid our runway. I couldn’t help to think of the time and preparation Mark and his right-hand woman L’Chelle Green put into this year’s show.

I brought that up to Mark in our sit down and the first thing he could extra was gratitude to everyone that came together to make this vision for not only the show, but the weekend come to life.

“There’s so much to say, from the volunteers, glam squad, designers, media to sponsors. They played big roles on how this show played out. So many creatives in Kansas City so being able to work alongside them was such an experience. So as far as feelings, I was smelling the roses. Seeing a vision become reality sometimes words can’t express. I’m grateful for my team and people who made this possible” Mark stated.

Late 2018 Mark and I had a conversation about his vision for the coming year. He laid out the idea for the hanger in show 5 and his even more grand idea of a weekend bringing creatives together.

Fast Forward to Show 6 as I was watching the show from the top, I caught Mark tucked away in a corner peering over the show. I could feel the wholeness coming from his spirit. The look on his face was one of adulation, disbelief and thankfulness. The kind of feeling that only comes from a vision made tangible. “I saw an idea blossom before me. It was such an iconic moment for me looking over the venue as people poured in the venue. We really worked around the clock to make this one an experience for both the audience and those part of the show. I’m just grateful really. Seeing a vision, a year ago and making sure we executed the plan was something we prepared for all year, “said Launiu.

A MOMENT OF INTERNAL REFLECTION FROM MARK

“My coordinator, L’Chelle Green has been with me for 5 of the 6 shows so we have a really good understanding of how each other operate. Her ability to take control of situations makes me proud. Even with production & operations controlled by Leonard Jennings and Gaston Williams. We’ve been doing this show coming up 6 years now. A lot of the challenges we’ve had in the past my team have been able to step up. Not saying this a walk in the park, I’m just saying with the right team you can eliminate a lot of the challenges. From hosting 2 shows this year to a whole weekend said a lot about my team. They were constantly up for the challenge. We just kept overcoming whatever hiccup we ran into. Being able to adjust and execute. They’ve stepped up a lot and owned their lane. The show is constantly evolving and growing so seeing them being able to handle the pressure speaks volume.”