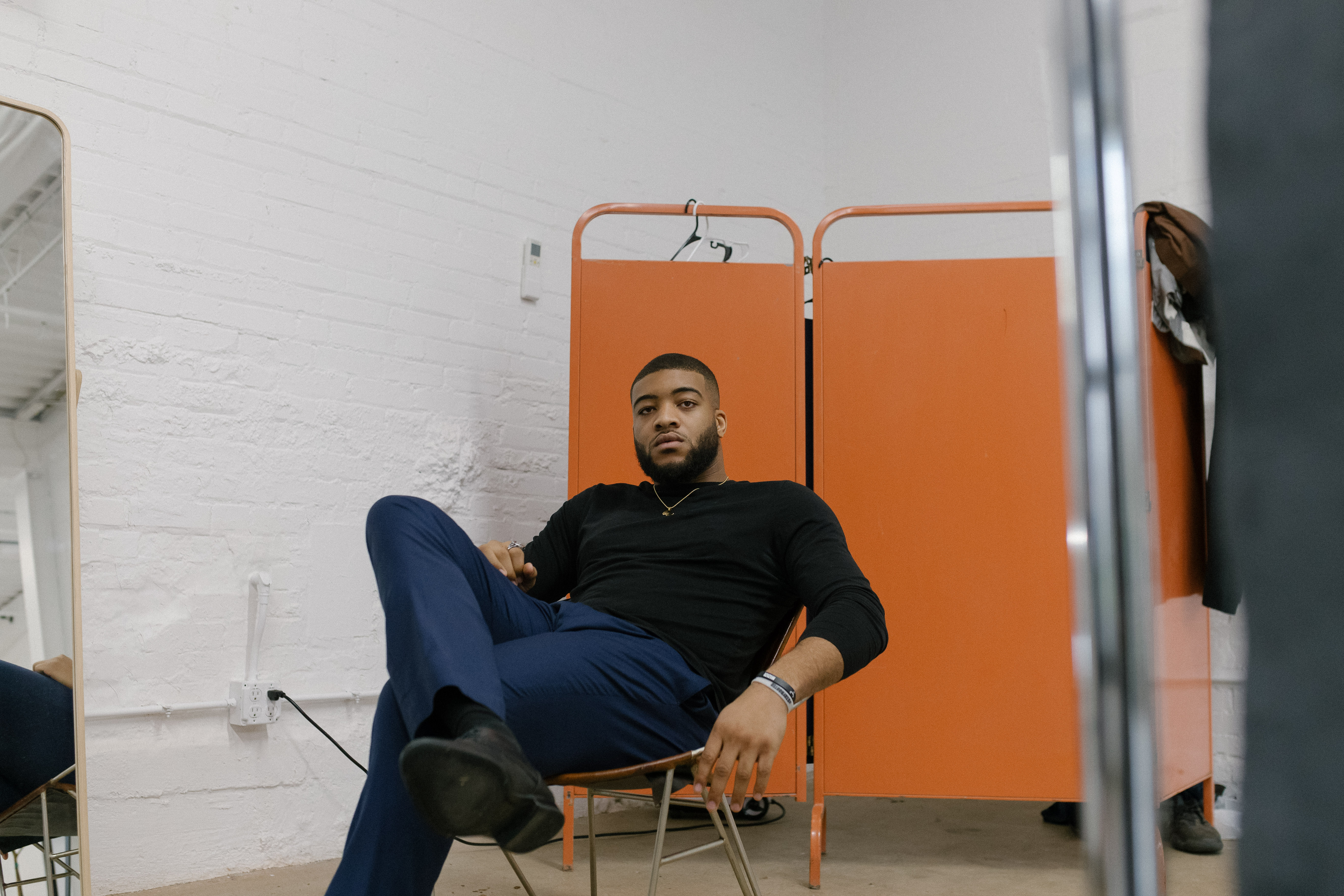 “Your kid might be Michael Jackson but you’re forcing him to be an engineer. You’re killing him, to me that’s worse than physical death.” - Obiora Anozie

Societal anxieties and the need to be accepted cause human nature to live in boxes. People box themselves and others in. It’s where we gain our understanding of the world and how it works. Self-belief is a powerful tool one can use to combat the oppressive conditions others can force on our goals, visions, and aspirations. Our 20s can be such an experimental but influenced time. So many allow others to control our paths. One of the saddest parts is this can, more times than not, come from those closest to us. From our equally afraid and influenced friends, our parents who can’t see past the oppressive lenses that were once forced on them, and our teachers who a lot of times can be agents of anti-change and anti-expression. Never let anyone project his or her anxieties on your life and tell you what you can or can’t achieve. Always define yourself.

I was lucky enough to meet a pioneer for the people. A man with the goal to improve quality of life for human beings through culture, technology, storytelling, and design by building an infrastructure that allows people of the diaspora and Africa to sustain for themselves. Obiora Anozie defines himself as a creative entrepreneur, as a cultural architect, a liaison between culture and corporate.

“I just wanna provide platforms and build ecosystems for people to thrive.”

It’s rare but sometimes in life, you meet people with a gift for bringing others together. Anozie is like a spark to fire. “There’s always a few people in a room that needs to be there to make things happen,” he says. Anozie is like a walking vibe, breathing life into situations with his unwavering self-confidence and his genuine inclusive spirit.

22-year-old Obiora Anozie’s unique view of the world began around 12 years old when he left Dallas, Texas to do 2 years of boarding school in Nigeria. “Going back home changed my life,” Anozie said. “It kind of gave me a certain sixth sense that a lot of people my age didn’t and don’t have. It gave me a little extra vim, a certain kind of charisma.” This charisma and enthusiasm are what has propelled Anozie to this point. After a short stint at Texas Tech, he found school was not his path.

School isn’t the best plan for everybody, but it is one that gets pressured on us. So many in our generation are told go to school, get a degree, get a job. It’s sold to us as if school equals success. “Messing up early on allowed me to not completely be alone, but have a little more solitude which caused me to reflect on what I’m actually good at outside of the attachment of the opinions from people that I’m close to and love,” Anozie explains. “I had to find myself. I learned that that detachment showed me different sides of myself that had to be explored. I had to grow up; I began to demand excellence of myself. I learned if I can’t figure it out I need to put my pride to the side and reach out for help. I learned to value the small steps inside the bigger picture.”

The pressure we place on ourselves can either bust pipes or create diamonds. In African culture, you’re given a few options: doctor, lawyer, engineer or failure. What I loved about Anozie’s story is that he faced this head on and believed in himself above all. “I was horrible; see for me I’m not a school guy, I’m more of real life, move and shake kind of guy,” he explains. “I make things happen. I do often times doubt myself but at the end who I’m meant to prevail”. The power of self-belief is unstoppable. No one can take that away from you regardless of the situation.

NEVER STOP BELIEVING. The pressures we place on ourselves to achieve and be in our dream job or situation can allow for doubt to creep in. The powers of self-belief can help combat that feeling.

From the time he started college too soon after working for Microsoft, Anozie continued on his journey of learning and finding himself. During that time in 2016, he co-founded an international festival called Cornerstore. Cornerstore is a cultural movement designed to uplift communities and brings young entrepreneurs together through the creative arts.

“In total, we’ve done 5 events, 3 cities, 2 countries. We sold out Dallas; that was about 400 to 500 people, multiple times,” Anozie says. “We sold out Austin, Texas, which was SXSW; that was our first event. Arizona Drinks sponsored us. We went to London and sold it out, which was about 200 people. The amazing thing is this has all been done without investment and on little capital, just strictly out the mud.” More than impressive for a then 19 year old without that illustrious college degree.

Being apart of a creative collective and meeting different people unlocked something great inside of Anozie. I believe when we go down the road of having faith and walking in our truth we begin to find the lane that is right for us. This is the path Anozie has been on since. He unlocked his true gift, with that comes more growing pains.

“All my friends were doing specific things, they had a niche. Me, I always a little bit everywhere,” Anozie remarks. “You couldn’t pinpoint exactly what I was, but whatever was going on I had to be in the room. It’s like if you think about different artists in a studio, there are always a few people in the room you don’t know what the hell they do, but their energy directly adds to the project. I’m still trying to narrow down exactly what I am”.

Anozie has a natural gift for bringing people together and creating an atmosphere that naturally creates opportunities for himself and others. That isn’t a gift that can be quantified or easily titled. When Anozie spoke to trying to define himself, I identified with that and believe so many of us that are finding ourselves can. I asked how he deals with the self-doubt and fear that can arise when trying to label your identity.

“There’s a lot of fear in that. This year moving forward, year 22 is about being extremely vulnerable and transparent,” Anozie said. “If I do that I believe it will help me carve away at that fear and jump in the face of it. I’ve had times where I felt like fear has held me back from a lot of my destiny, to be honest. Fear has fucked me over a lot; it’s got the best of me. I’ve let it mess me up, but now I’m learning slowly but surely that I’m very young and I’ve still got time to figure it out.”

A message from Obi...

Number two: Find your tribe. Who you are, naturally attracts the people you’re meant to be around. That is your support system through life’s trials and tribulations.

Number three: Always be willing to learn. The smartest person in the room is the most stagnant person in the room. Go into every room willing and ready to learn. With that a high emotional intelligence and self-awareness are key. The way I see it, you may have a Harvard degree and see yourself high and mighty. I will surround myself with your classmates. I know how to connect with people, that is my gift. I will bring the lawyers, doctors, software engineers, everyone in your circle together under one roof and create something special.

Obiora, we love your vision, your passion and how vulnerable you remain in your relationships. Keep allowing your light to shine and stay the course.