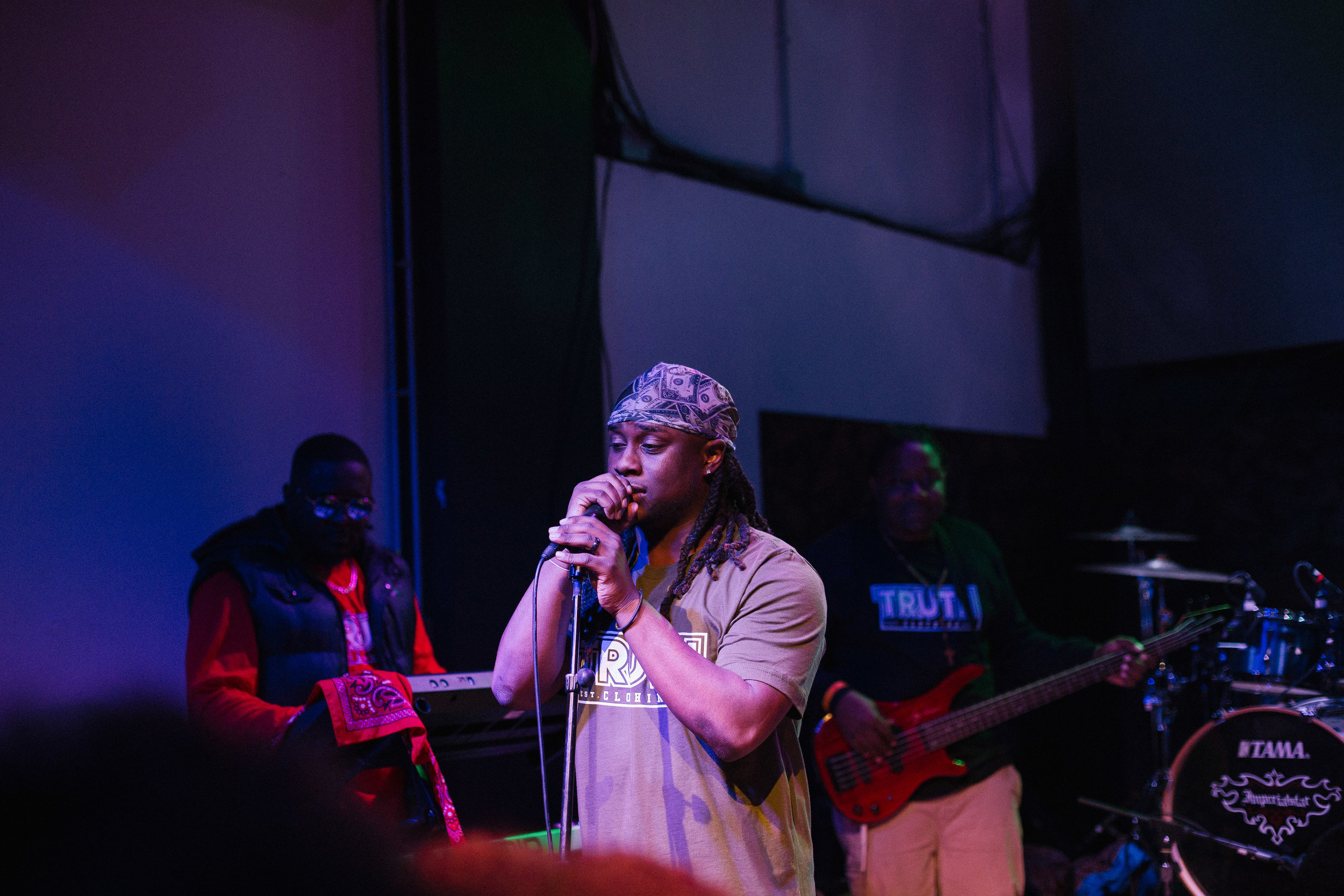 By Design was lucky enough to steal a little bit a time from recording artist Jooby Truth before his show second sold out show entitled, Truly Dedicated. We wanted to sit down and take a deeper dive with Jooby Truth. Further past the songs, we wanted to get a look into the mind of the man behind the music.

The Jooby Truth story is one of overcoming fears and obstacles. Sitting and talking to him, I could tell that I was sitting with somebody who had looked fear straight in the eyes and said that “I’m going to chase my dream regardless”. Which is something so many of us struggle with. Fear can be crippling and the idea of losing your security blanket can keep so many of us in situations we’d otherwise run from.

Jooby’s love for music started early. His career journey began once he decided to leave the world he knew after school for his dream of doing music full time. “I went to school and actually had a job in the field I went to school for”, Jooby explained. “I was a media relations specialist…hated it. Hated it with a passion. Everyday I was coming home with a new story of why I don’t want to do this anymore. I called my wife pissed, pissed at myself that I’d allow myself to be stuck somewhere doing something I knew I had no business doing.” This level of angst felt in these moments can be slow the fearless. One of the biggest worries for a “20something” is losing their security blanket.

Jooby’s wife, Bridgett, has been his greatest supporter and a true well of motivation through it all. She backed him 100% of the way. She encouraged him while helping to instill the confidence in him that such a risk would take. She let him know his vision, was her vision and she never once doubted that her husband would make a way for her and their son while pursuing what he loves.
Bridgett knows the fire he has burning inside him more than anyone. ”It’s crazy because I almost hope for trials because that brings something out of me that I wouldn’t get when I’m in a good space. Bridgett will tell you, I’ll put headphones in, its 2 or 3 in the morning, she’s on her side of the bed and she’ll look over and just know something’s bothering me. She also knows the way to get it out is music.” The road has been tough for Jooby Truth, but his outlet of music makes it so much easier.

Throughout Jooby’s music you can hear messages around the things that he’s most passionate about, his super supportive wife Bridgett, his son, his craft, progression and success. He’s an artist that doesn’t shy away from competition and values going against the grain. He delivers strong messaging wrapped in hard beats and infectious melodies. If you’ve ever listened to Jooby Truth you know exactly what I mean.

“My parents made sure to teach me that if I have a thought, it needs to be my own,” Jooby clarified. “Not saying one way or another is or isn’t right, but they showed me it's always more cool to do your own thing. I was always with the athletes in school but they knew Jooby was smart.”

Jooby on keeping centered in a world of possible distractions.

“In the music business there are a lot of evils. Having a background instilled in me keeps me grounded.”

“Sounds like you have a really strong sense of self..”

“..but it's cool that he took that time to instill that in me. Because of him I can now look outside of my self in the face of some of these distractions (or evils) and know naw that’s not it, that’s not for me. That even transfers musically, you gotta be you.”

Jooby is an artist in every sense of the word. “I feel responsible to give the message that I give and hope that whoever hears it will run with it. Most times I’m just expressing myself and putting it down on paper. “I would never rap about something I’ve never been through or been close enough to feel,” Jooby proclaimed. “If I can’t rap from that perspective or even have enough knowledge to know that perspective I won’t touch it.

Shoutout to Jooby on his Dutch Masters Award.